The ERTL Company was a toy company which produced and released Thomas the Tank Engine and Friends toys from 1985 to 2004. Between 1993 and 1996 in the US, they were packaged and released for the Shining Time Station brand. The most popular range was a 1/64th scale die-cast models of the characters.

From 1985 to 1992, the releases of Thomas the Tank Engine merchandise ranges produced by ERTL had various packaging styles; often differing across the period, and between the different ranges. In 1993 all continuing ranges in the US had their packaging styles streamlined, with the packaging adopting a Shining Time Station theme. This including a countryside background, and the bluebird and butterfly logo. The reverse side often featured a numbered collector card of the character. The Shining Time Station themed packaging card was discontinued when the television series ended in 1996, and the international packaging themes were adopted for future releases.

The table below lists the released models, their first year of release, and the number of their collectors card. The table can be sorted by any of these three catagories

Thomas and the Magic Railroad

To celebrate the release of Thomas and the Magic Railroad in 2000, some models were given unique, special packaging. These models were Lady, Diesel 10, Splatter and Dodge, Thomas, Thomas and Mr. Conductor, James, Percy, Harold, Gordon, Henry, Toby, Bertie, Annie and Clarabel, and the Troublesome Trucks.

In addition to the twin packs and Annie and Clarabel packs in the range, there are also other multi-packs.

Based on the "Thomas Engine Collection Series" (TECS) range by Bandai in Japan, these models had magnetic couplings, and were a fraction smaller than a HO scale model train. The Gold Rail Series did not need rebranding, as it was launched to target the US market and already featured the Shining Time Station brand, with the logo prominently across the top of the packaging box. The range also appeared in other Western Countries, including Australia. Multiple model packet sleeves, called "Value-Paks", were exclusive to the US. Henry is listed on the back of the "Value-Paks" packaging but was never released.

The Collectors Cards of the Gold Rail series match the Shining Time collectors cards of the 1/64th scale range; with the same illustration, description, and number, although formatted slightly differently to fit the different sized packaging. The Foolish Freight Car is an exception, as it takes the place of Sir Topham Hatt and the Engineer from the diecast range.

Around 1991, a miniature range was produced. The vehicles had sticker faces and were packaged with a small section of a railway. Once all were collected, the parts formed a playset.

Unlike the international packaging, the Shining Time packaging for the Playset components featured a photo of the product, instead of an illustration.

The first set of pull back vehicles were large 6 inch die cast models of Thomas and Percy, released in 1984. These could be operated by dragging the model backwards along the floor so their wheels could "wind up" and letting go to "unwind".

After 1993, another set of pull back vehicles were released. 1/64 scale die cast models of Thomas, Percy, Toby, and Bertie used the same mechanism. These were under the range of "Pull back & go!". 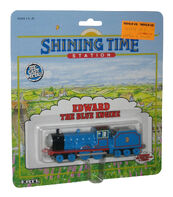 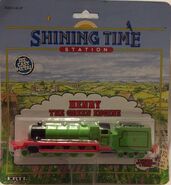 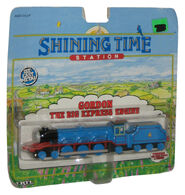 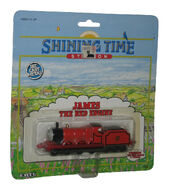 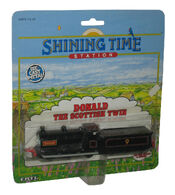 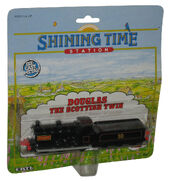 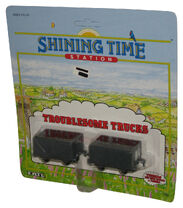 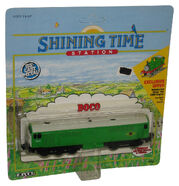 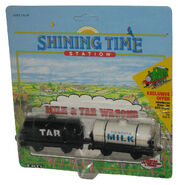 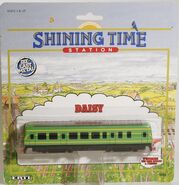 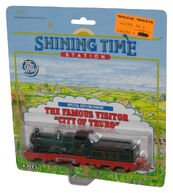 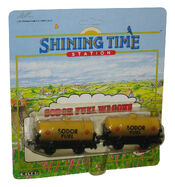 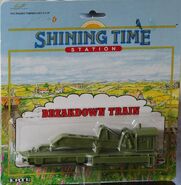 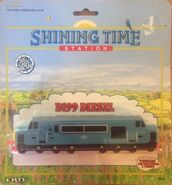 Reverse side of the 6 pack 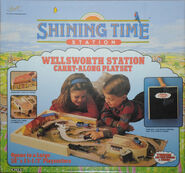 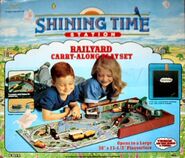 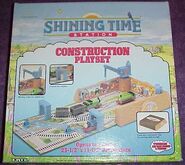 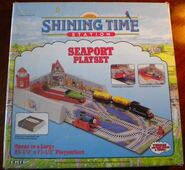 Playmat
Add a photo to this gallery 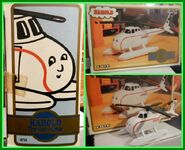 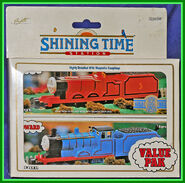 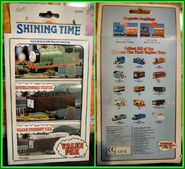 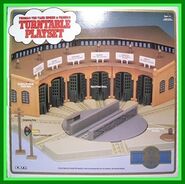 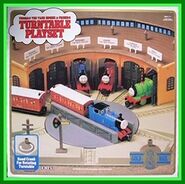 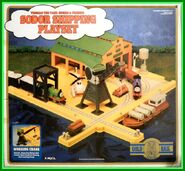 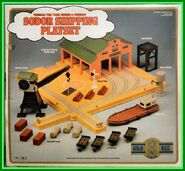 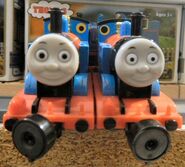 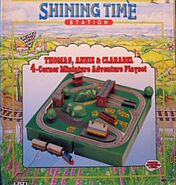 Pull back and go Thomas

Pull back and go Toby

Pull back and go Bertie 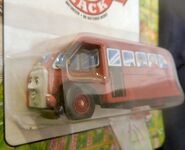 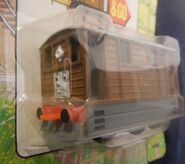 Pullback motor Thomas
Add a photo to this gallery 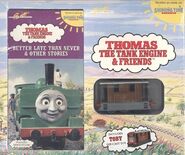 Retrieved from "https://shiningtimestation.fandom.com/wiki/ERTL_Company?oldid=42486"
Community content is available under CC-BY-SA unless otherwise noted.