The Jukebox Band live inside the jukebox in Schemer's Arcade.

The Jukebox Band live inside the jukebox in Schemer's arcade and play music when ever people insert a nickel into the jukebox, on occasions they play without being given a nickel.

Britt Allcroft with The Band 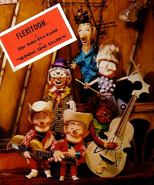 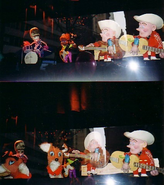 Craig Marin sent a letter to SiF Fansite, stating that four Jukebox Band videos were made. The other two that were not released on VHS were Tribute to JJ Silvers and an unknown title.

Retrieved from "https://shiningtimestation.fandom.com/wiki/The_Jukebox_Band?oldid=49635"
Community content is available under CC-BY-SA unless otherwise noted.