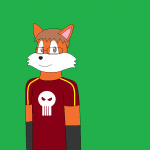 The Founder of the Long Lost STS wiki

I've been a huge Shining Time Station and Thomas fan ever since i was born in 1994 even though the original show was cancelled a year prior to my birth i still remember the show extremely fondly next to mid-90's Sesame Street as well as other PBS shows at the time like KCET's Storytime and Arthur it pretty much sparked my intrest in trains as well as how amazing this show was all thought it's 11 year airtime run from PBS to Fox Family to Nick Jr. i have the hopes of one day getting to see it on DVD so i can truely experience STS's first five years outside of YouTube

Retrieved from "https://shiningtimestation.fandom.com/wiki/User:Skullzproductions?oldid=41478"
Community content is available under CC-BY-SA unless otherwise noted.